Setting the Proper Tone of Leadership for Your organization 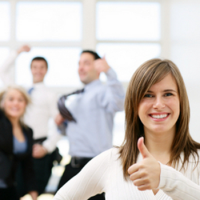 Often a CEO or owner of a business, when the topic of being a great leader is brought up, immediately looks within. In other words, the CEO wants to know what he can change about himself to project leadership for the organization. This indicates two things that are consistent about most CEOs: 1. People who reach that level are often winners to the degree that they understand the need to change and adapt to get results. 2. Many CEO’s don’t understand that leadership is probably more about looking at what specific actions can be planned and carried out in conjunction with as many people and voices as possible.   In the reality of great leadership, it is often the act of inclusion through dialogue, which accomplishes more than the conclusions and strategies which arise from the dialogue.

As a CEO, great leadership is first and foremost about getting the very most out of every person in the organization. There is no one size fits all way to accomplish this. Sometimes it means stricter rules, sometimes it means less of those. Sometimes leadership means creating flows where less people do a task, sometimes it means more doing it.   The specifics are things you learn over time and experience. Often they are dictated by the internal dynamics at the time.  So creating a great leadership manual for a CEO is actually about helping the CEO get the most out of people in a way that is seamless and almost imperceptible as a “tactic”.  Meaning you must get the most out of your people by not looking like you are planning or trying too hard at it.  (More on this in a second)

John Maxwell is himself a leader in the arena of personal and organizational peak performance. Mr. Maxwell is a highly demanded speaker and has authored more than 50 books focusing mostly on leadership.  He stresses that leadership is a verb, not a noun and it encompasses principles, practices, and values actively created moment to moment.  What this means is that everything that matters to the outcome comes from your action. Your actions must be coming from a purposeful consistent place. Additionally, this “place” has to be grounded in principles that speak to the members in your organization across the board. Basically your way of speaking to your organization projects those principles.  So it isn’t what you say, but how you say it that matters. This gives each of them maximum incentive to do right actions consistently.

So what are some “verbs” or steps that could be considered uniformly beneficial for any CEO to undertake that further the goal of great leadership (getting the very most out of every person in your organization)? There are two vital ones that can be a great starting point no matter your current status.

Have there been successful leaders in history or business that sought no counsel? Yes. Often these leaders were of the military variety.  However these leaders still had a plan or program for their military organization that valued the people within it.  (See Napoleon’s belief that men would die for ribbons as an example.)  Since being a CEO and being a hard charging Patton-like general ideally have less to do with each other than more, always get input.  Make others important and you’ll also get the added benefit of learning some very valuable information for more strategy and improvement.