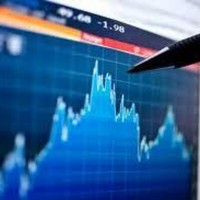 The median increase in CEO pay at S&P 500 firms was nearly 16 percent, compared to a median increase of 2 percent for CEOs at smaller companies, according to a study released by The Corporate Library, an independent research firm.

The median rate of increase in CEO pay at all the companies studied was 5 percent, less than half of the 2006 median increase, the study notes. But while there has been an overall slowdown of CEO pay increases, S&P 500 CEOs have been least affected.

“The median increase in annual compensation of just over 5 percent was driven largely by base salary rises and increases in the cost of benefits and perquisites,” said Paul Hodgson, a senior research associate at The Corporate Library and the author of the study. “Given the focus on perks, and the anecdotal evidence that many boards were set on reducing them, this comes as something of a surprise. Perhaps the high cost of jet fuel is driving costs up.”

The report surveyed 614 companies that filed a proxy statement in the first quarter of 2008.

Several other recent studies on CEO pay and bonuses point to similar increases at big corporations, despite Congressional hearings and shareholder scrutiny.

One Wall Street Journal/Hay Group study, which looked at performance-based salaries and compensation, noted a net income increase of 7.9 percent among CEOs at 200 companies with more than $5 billion in annual revenue.