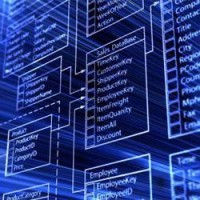 Sales, in many cases, is the area of day to day operations that CEOs have the deepest background in. Except when the CEO doesn’t. The reason for the contradiction is the level of experience the CEO has, often depends on whether the CEO was a company builder from the origins, or a career corporate executive who rose through the ranks of the current company (or moved over from another company.) The two experiences are wholly different and they could serve to influence how a CEO approaches building and leading his sales team.

A builder is normally a person with deeply ingrained hustle DNA and a spirited never-accept-no-for-an- answer mindset. They understand sales intimately because they see rejection as an ally. A corporate climber CEO is often someone who has seen less rejection, because they haven’t been required to sell as often. The builder may often have a tendency to be more in tuned with sales and value it more within the organization. The climber may often be more generous in the compensation packages offered to the sales people because they need to build in safety nets and security to attract and keep the best. These are not hard and fast laws that apply every time to every CEO, but generalities that point to the very human element at work in building a fantastic business. What matters from your perspective as CEO is to understand your own conditioned strengths and weaknesses and be aware of the potential for rigidity in your outlook.

Despite the differences in CEO personality types, universal to all CEO’s is the need to pick good sales people. The choice of whether to be directly involved in this process or to simply choose to be more directly involved in finding the right sales manager, depends on the size of your organization and your budget. Even if your budget allows it, you can take the approach of letting competition decide which of the sales people could rise and become the manager. There is no one correct way with all the other approaches being wrong. The point is one that is worth repeating often and we’ll talk about again when we get into start-up: Don’t over create positions. Let production and actual sales drive the need for managers and large scale hierarchy. The old days of looking the part before you actually are what you appear, doesn’t apply anymore. Remember to consider revenues and a sound balance sheet first. From their plan and execute growth in a thoughtful way.

So however you go about organizing the department, it starts with picking the right sales people. The amount of suggestions and tip lists online advising on how to hire great sales people is dizzying. We’ll try to boil down the best of the best that have universal application to all CEOs like you. From Jack Perry of http://respectfactor.com , here are some guiding principles in hiring great sales people: