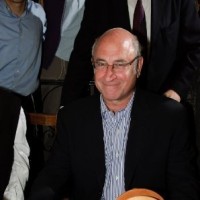 Robbie Rothenberg is the managing member of Beachwold Residential LLC which owns, operates and develops multi-family properties throughout the U.S Southeast, Southwest and Northeast. He is also co-founder and managing member of RedRock Real Estate Group, LLC which owns residential communities in Chicago, Ohio and the greater Midwest. As the Principal and Sponsor of both organizations, he has created partnerships to acquire more than 13,000 apartments through the U.S.

He is a graduate of Queens College. In 1985, he also received his graduate’s degree from Harvard Business School. As an experienced businessman and entrepreneur, he has advocated for several philanthropic and educational causes in the U.S. and the world at large. He is an active supporter of national and Israeli charities. Robbie Rothenberg serves as an executive board member of the America-Israel Friendship League as well as Isralight, an organization that works to establish a ‘Jewish renaissance’ through education. He also supports Carmei Ha’ir which works to feed the poor in Jerusalem and Ohr Torah Stone, which is an educational institute founded by Rabbi Shlomo Riskin.

Mr. Rothenberg is also the Founder of Yeshivat Orayta, which is a Jerusalem yeshiva for high school graduates. Additionally, he serves on the advisory committee of the Eagles Wings Israel Experience Program that sends Christian college students to Israel to empower them to become advocates for Israel for their respective campuses. As a passionate businessman who also serves as a pillar in the local Jewish community, he has helped to establish several new academies that are dedicated to the pursuit of Jewish education. He is a founding board member of Aleph Beta Academy which is an online learning program creating a shift in Jewish education. He and his wife, Helene, also serve as founding members of Kulanu Academy which offers services to special-needs students and their families.

In their ongoing commitment to education and knowledge, Robbie and Helene have helped fund new editions of Torah study, prayer and Jewish philosophy such as the recently published Koren Mahzor for Yom Ha’atzmaut and Yom Yerushalayim, as well as several books by Rabbi David Aaron and Rav Dovid Vatch of Jerusalem. He is also working with a translator to produce an anthologized and adapted work on the writings of the Maasei Hashem, Rav Eliezer Ashkenazi, on the haggada and the Torah. He resides with his family in Woodmere and considers his three daughters to be his greatest achievements.