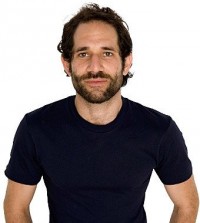 
The rise of retail giant American Apparel has its origins in cross-border trips founder and C.E.O. Dov Charney would make from his native Montreal to nearby U.S. towns.


It was during these visits in the early 90s that Charney noticed the disparity between the comfortable casual clothing on store shelves south of the border and the cheaper polyester blends available in Canada.


Charney started buying Hanes T-shirts and selling them at a premium back home, and the seeds of an American success story were sewn.


After studying in New England, Charney relocated to Los Angeles and started American Apparel as a wholesale T-shirt manufacturer. In 2003 Dov Charney rented a small storefront in East Los Angeles and immediately recognized the potential for retail expansion.


But American Apparel’s profitability is only half the story.


Charney’s monetary milestones have been somewhat overshadowed by the company’s dynamic structure. As all other major retailers have outsourced their manufacturing to the third world, enticed by cheap labor, American Apparel has remained planted in the United States, sweatshop free.


And his vertically integrated company can turn an idea for a garment into a finished product on store shelves within days, another surefire strategy for success.


Charney has also remodeled retail’s concept of sexiness by picturing regular men and women in his advertisements, people one might find in the neighborhood coffee shop, or behind the counter at one of his stores. The provocative, lo-fi photos of scantily clad young people are taken by Charney himself, at times, and approximate the extravagant environment at American Apparel workplaces.


Charney’s reputation as a maverick salesman has not come without hazards. American Apparel garnered unwanted publicity in 2005 when several lawsuits filed by former employees accused Charney and American Apparel of sexual harassment.


Charney has steadfastly denied the charges, and as of February 2008 only one of the three suits had gone to trial.